Faronics Core has the following components:

The following diagram represents the various layers in Faronics Core: 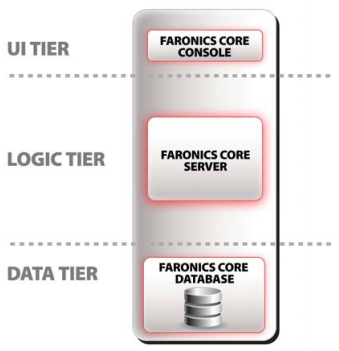 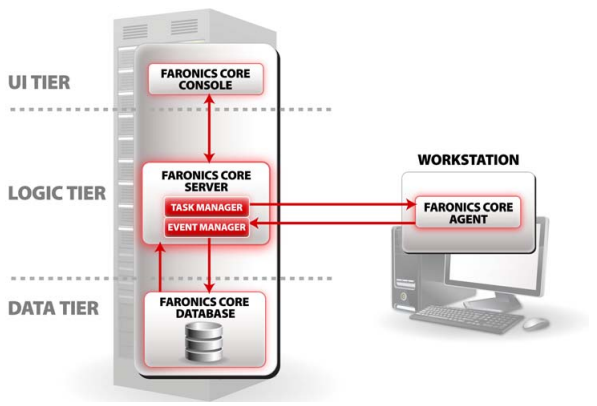 Faronics Core is a multi-tool for IT professionals. It’s a simple remote management tool that makes it easy to centrally manage your endpoints. Equipped with enterprise-level deployment and management capabilities that can be customized for your organization, Faronics Core will save you time and money. It’s hard to believe, but Faronics Core comes with all Faronics enterprise solutions – free of charge.

With a large number of workstations to administer, you can appreciate the simplicity of managing multiple solutions through a single pane of glass. All workstation information such as name, online status, operating system, and more is easily visible from the Core Console. For even easier management, you can create custom workgroups to organize workstations in a way that makes sense to you. Faronics Core can host multiple product loadins at the same time to help you realize the value of your Faronics software investments faster.

Reclaim your time and let Faronics Core do all the heavy lifting. Using Faronics Core you can perform software deployments with a few clicks of a mouse or you can schedule them so they occur automatically after hours. You can also create customized policies to configure your Faronics products exactly how you want them. Your policies will be re-usable and will simplify the rapid configuration of new workstations. Faronics Core makes it easy to install and configure Faronics software but you aren’t limited to only that. You can also install third party products, update Windows and execute your own custom configuration scripts.

Faronics Core offers invaluable insight and intelligence with its built-in reporting abilities. You can run detailed reports on a workstation, group of workstations or even globally across multiple Faronics Core Servers. Faronics reports are exportable and can be easily published to the web or modified in spreadsheets. Each Faronics product has a full range of canned reports designed to give you a big picture view of your workstations. 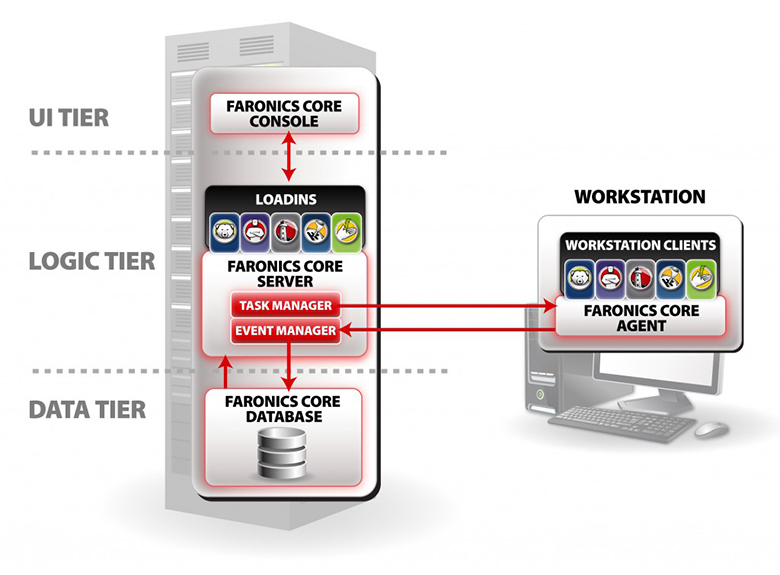 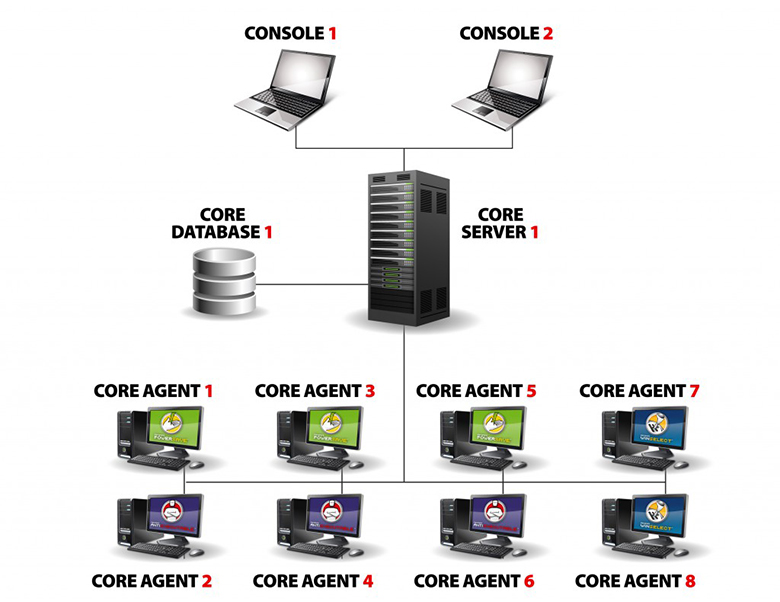 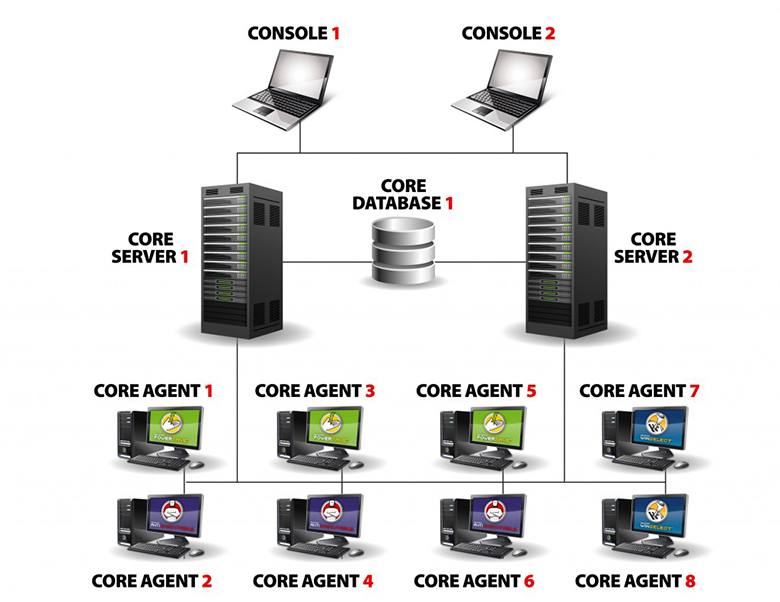 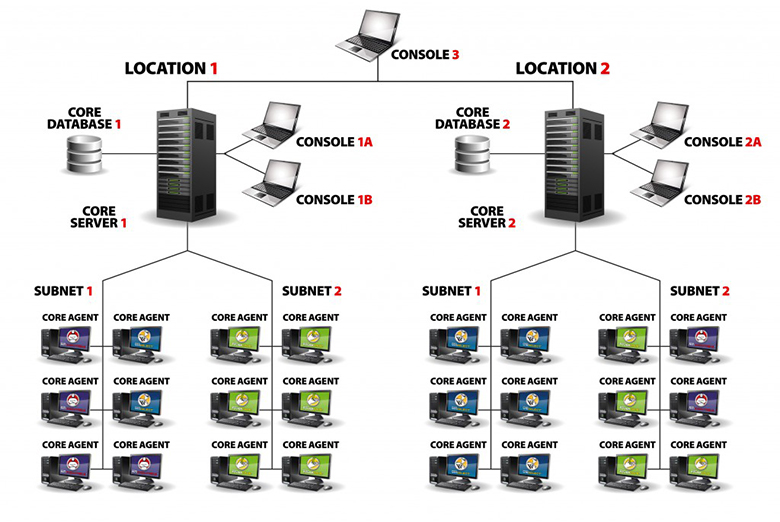